A few weeks ago, I had the incredible chance to ride in the annual RAWROD. Here we all are. I stole this picture from www.fatcyclist.com If there is any kind of copyright issue here you can call my lawyer, Fish. 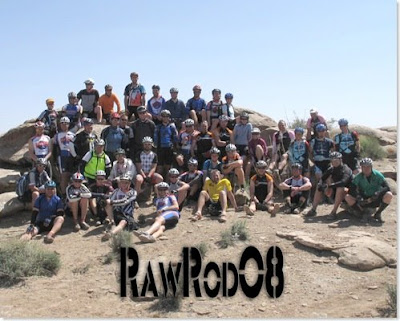 One of the reasons I've taken two weeks to write up this report on the ride is that for the longest time I could not decide on a witty/informative/catchy title for this post.

Basically, the RAWROD is the Ride Around White Rim in One Day. A 100 mile mountain bike ride down in Moab. A large group of friends, associates, and random guys who somehow get the emails show up to camp out and ride bikes for a weekend late in April. After hearing about it for the last two years, I finally decided I was Mt. Biker enough to join in on the fun.

As mentioned earlier, I couldn't decided on a title for this post, here are several of the potential candidates:

Basically I had the time of my life out there. It wasn't about riding faster than anyone else, or being better than anyone else, it was about having fun, seeing what I could do, and all in all, just finishing. (The above statement regarding a "non-compete" attitude becomes completely void when considering my only other goal to finishing was to beat Mark Johansen, more on that below)

Lately I have been going through a transition from a roadie to a "dirty" mt biker (as Barrett refers to us) and really had my eyes opened as to how much just plain old fun it can be to ride a bike in a pretty place with no training agenda. A completely novel concept to me.

Option #2 Bike Seats Get Really, Really Hard after 100 miles on the Trail

Ever since I discovered the Selle Italia SLR, I have wondered if my rear could ever appreciate another saddle. After about the first 60 miles last Saturday, I would have gladly traded in my ultra light 135g SLR: 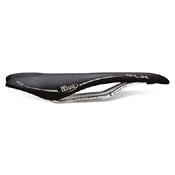 for one of the "Big Wide Comfort Seats" found HERE

Such as this one: 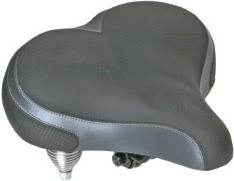 I would have gladly carried the extra 13 pounds up every foot of climbing those last 40 miles in exchange for a saddle that didn't feel like it was chaffing off layers of skin so deep I'd need a skin graft to my rear.

In all honesty, I was pretty dang sure I had discovered where the RAW in RAWROD came from.


Option #3 Beating Mark Is All That Matters

Lately I have gotten to be good friends with Mark...or so he thinks. Due to the fact that Mark doesn't even know how to open a "website", or what the internet even is, for that matter, I feel somewhat safe talking a little smack here.

Basically the only reason I am friends with Mark is to find out how to beat him. Beat him at what?

I want to be faster on a bike, have a sweeter truck, get bigger muscles, and be cooler than him in general. Pretty much just beat him at the game of life.

Last Saturday was an interesting chapter in the game called "Beat Mark" Here is how the "ride/race" unfolded.

The first quarter (miles 1-25) I was able to hang ok with Mark and John as we left the parking lot, but soon the hammer was dropped, the two started plotting against me, and I got dropped, giving Mark the early Stage 1 "W".

Lucky for me, John's wife and Fish were kind enough to slow down and ride with me for a bit. At the gate to the park we regrouped and after the descent I lit Mark up and took the stage 2 victory. After lunch I rallied it up, feeling pretty dang good from mile 60 to 85.

Good enough to take the W for Stage 3.

Mark, however, was holding a little somthing back for the last 15. He blew me away on the last leg of the ride and up the final 900 foot climb up Horsethief, showing me exactly what he had in those iron limbs of his to take not only the Stage 4 victory, but the overall "W" for the day. (I can't wait till I can finally beat that dude)

I had an awesome time driving down with Mark and Shae, riding with lots of people I knew, and even meeting some new friends. I even found myself wishing Kyle was there to share in the fun. The more and more I mountain bike, the more I realize its not about the bike, its about the ride.

Here are some stats from the ride:

Total Miles: 99.7
Total Calories Burned: 8614 (A marathon only uses about 2700)
Total Cliff Bars/Blocks consumed: >10 (yuck, no wonder my tummy hurt)
Total Feet of Climbing: ??? (I'll get back on that)
Total Fun Points for the Day: Eleventy-Billion
Pieces of Pizza Mark ate after the ride: Like 20

Well, all I can say is I am excited for next year. I'm already making plans to buy a new seat from Wal-Mart, find some testosterone supplements for my drinks, and Ex-Lax for Mark's.
Posted by Dan at 7:52 AM

look at you being so crazy... i mean seriously what are we going to do with you? im starting to run out of ideas...

Thanks for the post, man. If you'd seen Mark on the LT100, you would appreciate why jonboy calls him Nails.

No training agenda...novel idea. Actually I've decided this is clearly the only reason any boys ever want to ride with me...they know I'm slow. Thus they can feel superior and enjoy a non-taxing ride with no competition. RUDE :)

Eleventybillion? Are we getting this on camera?