Edit 11/11/14: Frame for Sale $800
I've decided to go back to school and need some cash. This frame is awesome and is really cool. If you are interested in purchasing this frame let me know. It comes with the frame, fork, headset, seat collar, and Chris King PF Bottom bracket. It maybe has a dozen rides on it. I can include some Force shifters/der's and tubular disc wheels as well.

Ever since Niner revealed their plans to release a 'cross bike ("gravel grinder" sounds like I have to have a beard, some tattoos, and tour with paniers to ride one, so I'm calling it a 'cross bike) I've been intrigued. Needless to say I ordered a frame as soon as I could. I was tempted at first to stick with the more conservative Industry Grey color, but the flash of the "Colgate Green" (as my wife calls it) eventually drew me in. Despite my wife's constant quips ("so you're sponsored by Colgate now?") I actually really like the color and it looks even better in real life.

As I was planning the bike out, I was curious as to several details of the bike such as weight, geometry, accepted rotor sizes, etc. It took a while to find a lot of the information, which would be expected as the bike hadn't even been formally released yet.

The purpose of this post is to compile all the information on the Niner RLT I can into one spot. I'm a pretty big nerd and like to make spreadsheets when I build bikes, outlining every detail of the bike, including the price and weight of each component I'm planning on using. So on the off chance that there are any other bike nerds out there, the following will be a compilation of all the info I gather as I build the bike up. It'll be a work in progress as I complete the build, so feel free to check back for updated information.

The Niner RLT size 53cm frame comes in at 1530 grams. A few more than the advertized 1395. I was a little disappointed. My goal was to get the whole build as close to or under 17lbs as possible, and a quarter pound is a bit to deal with. Either way, I'm sure I'll survive. Pretty sure 135 grams of frame weight isn't going to lose any races for me this year. I can probably just shave my obligatory "gravel grinder" beard to save 135 grams if I need to.


The fork came in at 620 grams. Uncut. I anticipate losing a few grams when I cut it down this afternoon. I'll post the update. The carbon compression plug weighs 46 grams. Not too bad. The included headset (minus the installed crown race, which I forgot to weigh before installing on the fork, but we can assume to be approx 10-15 grams) was only 69 grams. Not bad there either. The tapered head tube gives it a sturdy feel. I'm not sure how the weight will come out after its all said and done, but it does seem like it's going to be a little heavier than Niner's previous carbon rigid mountain bike fork. I know the RLT fork is built to MTB standards, but I was hoping for something a little lighter than a MTB fork on a 'cross bike.

The bike will take 140-160mm rotors on the front and rear. I chose 140's to save a few grams on weight. The Avid BB7 SL road calipers I got mount to the frame and fork's direct post mounts with no need for adapters. Which is a nice advantage of the RLT over a few other frames that still have the brake tabs that require adapters.

A slight disadvantage of the direct mount rear caliper position is how the frame gets in the way of the allen wrench when you're trying to install or adjust the caliper. It would be near impossible to get to the rear caliper bolts with a quick tool on the trail due to the bulk of the tool in case you had to make any adjustments on the trail. I'll admit I haven't had to adjust my brakes very often on the trail, but the occasional rubbing rotor has warranted a quick adjustment a time or two. I haven't had any other frames with the direct mounts to the frame before, so I am not sure how this compares to the positioning of other frames, but it was a definite source of frustration while installing the rear brakes. I'll post pictures shortly.

I am very excited about this bike. The construction is solid, the geometry is great, the paint job is amazing, and it looks pretty freaking awesome. Nice work, Niner on another functionally kick-A piece of art. 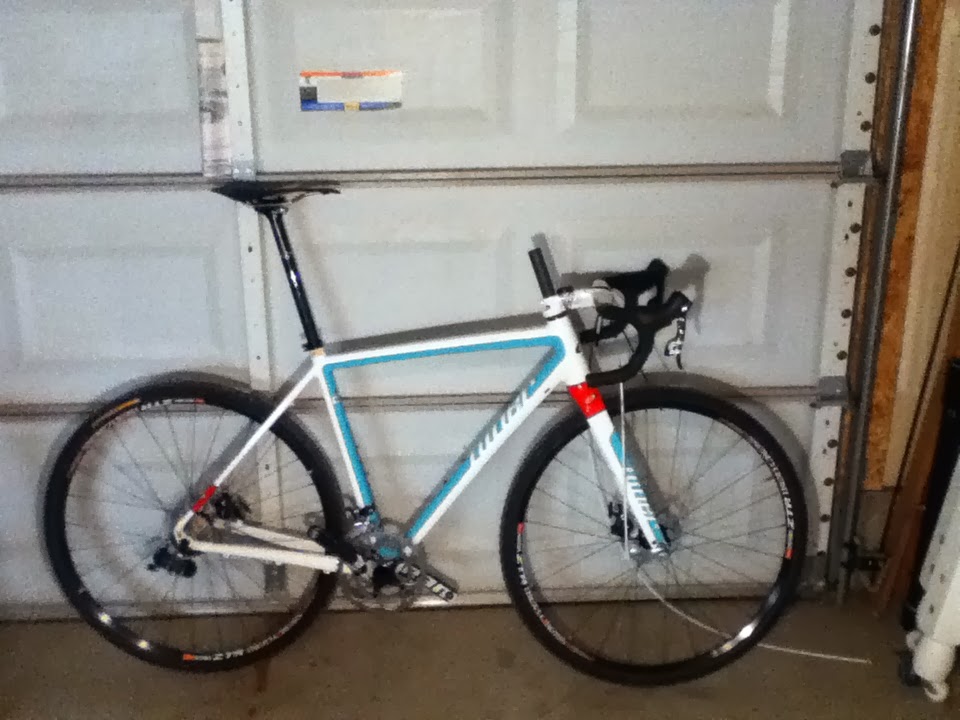 i'm an old roadie. 1980's/steel. what is your opinion of building the rlt 9 as strictly a road bike? i'm looking for a safe, responsive road bike with disc breaks. i'm concerned about the aluminum. harsh for the road? i like the idea of slightly wider road wheels too. not too wide though.

i am looking to get back into cycling after many years. looking to do 30 to 40 mile road rides. good roads. lots of hills. up/down. i like the geometry of this bike for an old guy. lol

thanks for any opinions or reply!